We know that everything in the world can be decomposed into the combination of the basic elements. For example, water is the combination of hydrogen and oxygen. Similarly, in mathematics, basis is used to represent various things in a simple and unified way.

In \( \mathcal{R}^n \) space, we can use \( n \) independent vectors to represent any vector by linear combination. The \( n \) independent vectors can be viewed as a set of basis. There are infinite basis sets in \( \mathcal{R}^n \) space. Among them, basis vectors that are orthogonal to each other are of special interests. For example, \( \{\mathbf{e}_i\}_{i=1}^n \) is a special basis set with mutually orthogonal basis vectors in the same length, where \( \mathbf{e}_i \) is a vector that has all zero entries except the \( i \)th entry which equals 1. 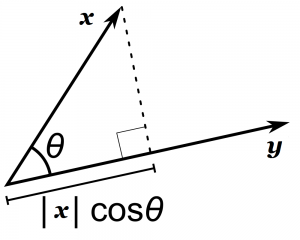 Until now it is a review of vector basis. These knowledge can also be extended to functions and function space.

A function is an infinite vector. As the following figure shows 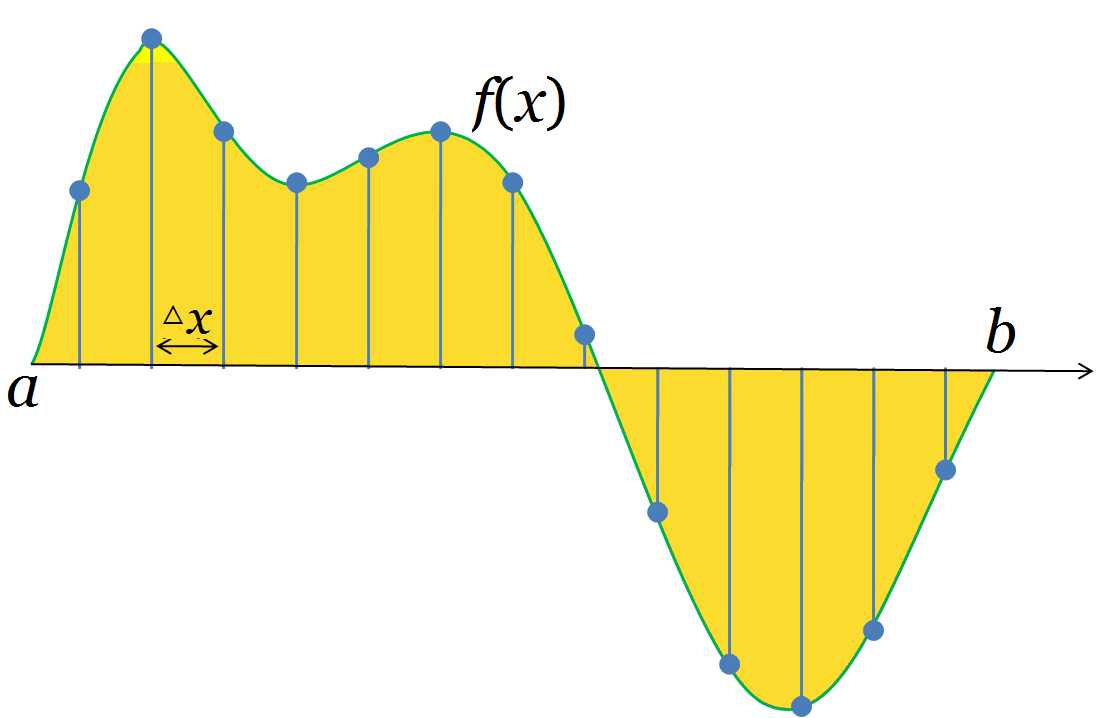 Since functions are so close to vectors, we can also define the inner product of functions similarly. For two functions \( f\) and \( g\) sampling by interval \( \Delta x\), the inner product may be defined as \[
<f,g>=\lim_{\Delta x\rightarrow 0}\sum_{i} f(x_i) g(x_i)\Delta x=\int f(x)g(x)dx
\] For a vector, the dimension is discrete. We only have the first, second,… dimension. But we don’t have the 0.5, 1.5,… dimension. However, the dimension is not discrete for functions, but continuous. Thus we use the difference between adjacent dimensions (i.e., \( \Delta x \) ) for normalization.

In the next part, fundermentals about kernel functions and kernel method will be discussed.

2 thoughts on “A Story of Basis and Kernel – Part I: Function Basis”