Nowadays, unprecedented volume of data is available from books, radio, television, Internet and so on. From these data, useful knowledge can be discovered. However, data can be in any format such as numbers, text, or sound, which increases the difficulty of discovering useful knowledge. Some data formats, such as numbers, are sometimes too abstract and not friendly to people. As one of the techniques to address this issue, data visualization organizes different formats of data and presents it in a more easily understandable way.

In this article, we will demonstrate some examples of data visualization with Tableau. Specifically, we are interested in the relationship between GDP and life expectancy among different countries based on the World Bank database. We also want to know the development of different countries during the period of 2000-2010. The dataset has been aggregated and could be downloaded from this link:

In this article, we will demonstrate the use of Tableau and Excel for data visualization.

The dataset contains many interesting variables such as passage cars per 1000 people, mobile phone subscribers in 10 years of period, health expenditure percentage of GDP, life expectancy for different countries and the like. For demonstration purpose, we will show the process of plotting GDP and healthcare expenditure for different countries in 10 years and the relationship between GDP and life expectancy.

The original dataset is complicated. For example, there are a lot of countries in the world and it is somewhat difficult to present quantitative value (such as GDPs) and geographic information simultaneously just by literal description and tables. But with data visualization techniques, we could easily show multi-dimensional information in one figure.

Tableau could generate built-in longitudinal and latitudinal data and plot figures on the world map. With this function, we can easily plot the GDP of all countries on the world map. Here, a larger circle size indicates a greater GDP of the country. What’s more, we use different colors to represent the healthcare expenditure percentage of the total GDP for different countries. 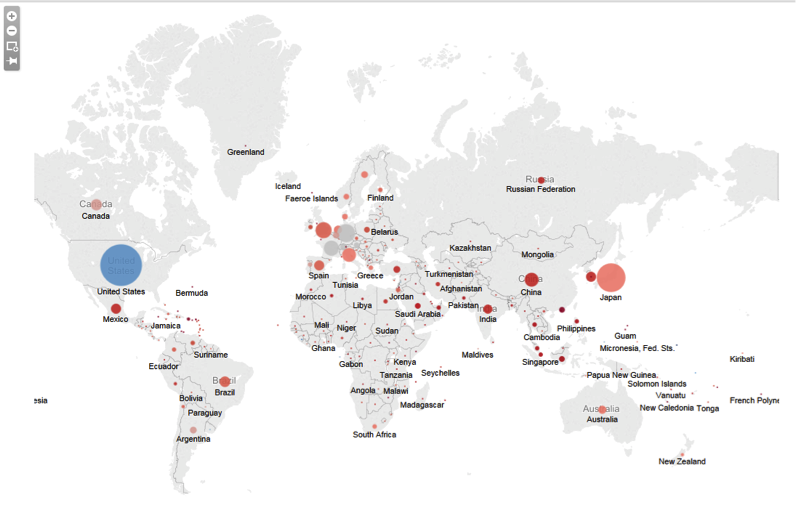 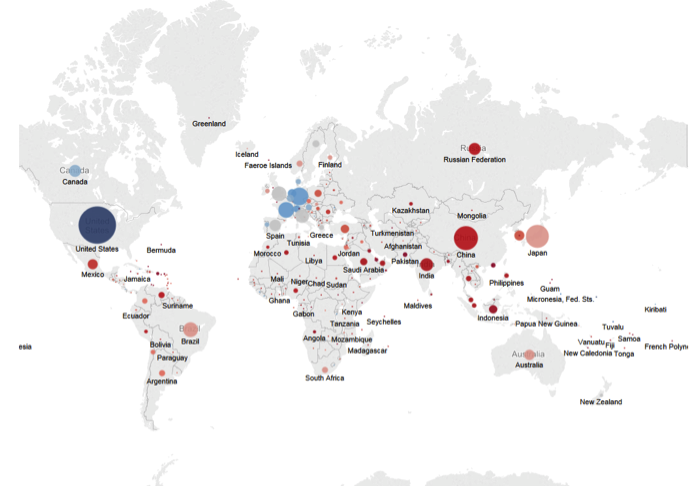 After 10 years, we could see changes of the GDP investment in Graph 2 above. Countries in Europe also put a lot of effort to make more investment into the field of healthcare and we could see China’s GDP increased a lot in the 10 years of period. 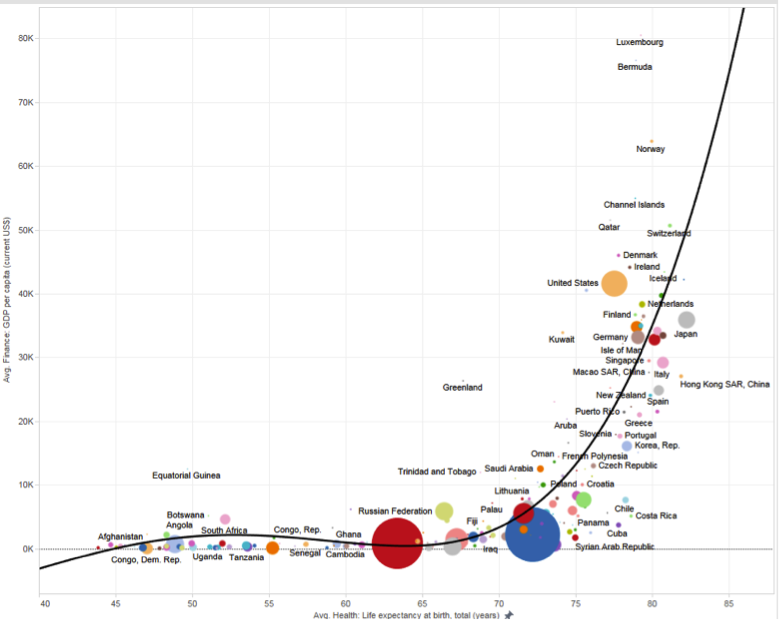 In this demonstration article, two examples of data visualization are discussed. The first example presents the GDP, health expenditure percentages, and geographic information of all the countries in one figure. And the second example demonstrates the relationship between life expectancy and GDP for all the countries.

This article is based on a course project in Industrial Data Analytics offered by Prof. Kaibo Liu in University of Wisconsin-Madison in Spring 2015. Thank Prof. Liu for his instruction and also thank Alyssa Krueger and Vito Freese for their initial work.