In the previous part, we introduced some data visualization techniques and showed the relationship of GDP, healthcare investment and life expectancy grouped by countries. In this article, we will focus on poverty and obesity, and analyze the dataset from United States Department of Agriculture. Specifically, by analyzing the dataset using data visualization techniques, we want to explore the following questions:

1. How does poverty rate vary within racial and ethnic groups?
2. Does the milk/soda price ratio influence obesity rate?
3. Are the obesity and diabetes rates higher in fast paced states like New York States than in agricultural states like Wisconsin?

The dataset has been aggregated and could be downloaded by this link.

In this article, we will demonstrate the use of Tableau for data visualization.

In order to explore the relation between poverty and ethnic groups, we rank the poverty rate from highest to lowest for different counties. In Graph 1, the x-axis represents the FIPS (Federal Information Processing Standard) of each county, which is a unique numeric code, and for the y-axis, we display the percentage of different population groups for the county. The y-axis variables include:

From Graph 1, we find that poverty rate is relatively higher in black and native American people. 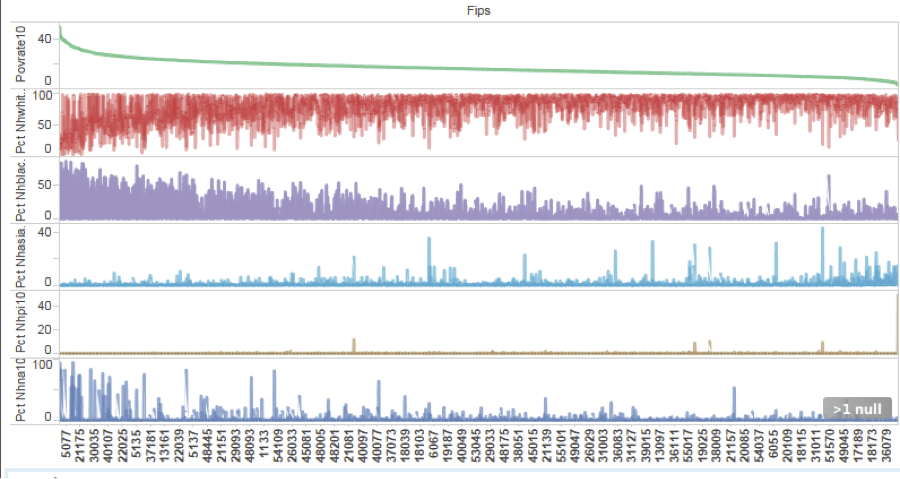 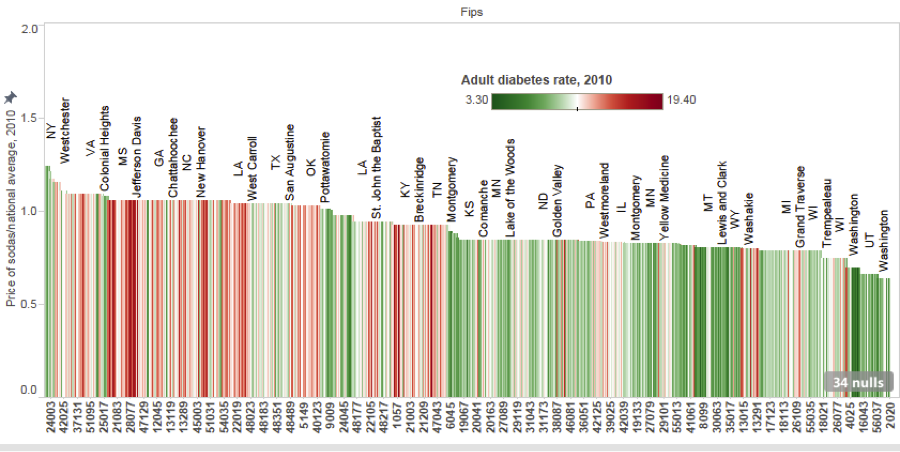 In Graph 3 and Graph 4, we show the obesity rate and diabetes rate for each state in the map respectively. Red means a higher rate of obesity or diabetes, and green means a lower rate. From the two graphs, we can see that generally, the two rates are positively correlated. States on the east are more likely to have higher obesity rates and diabetes rates. 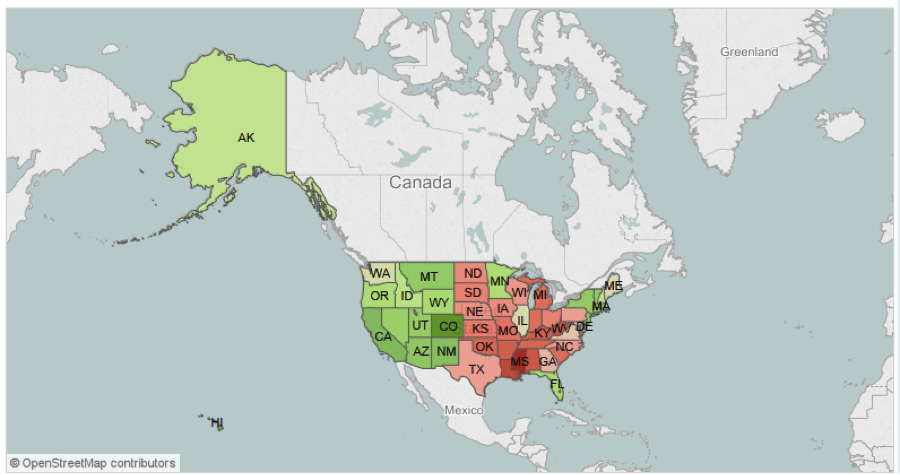 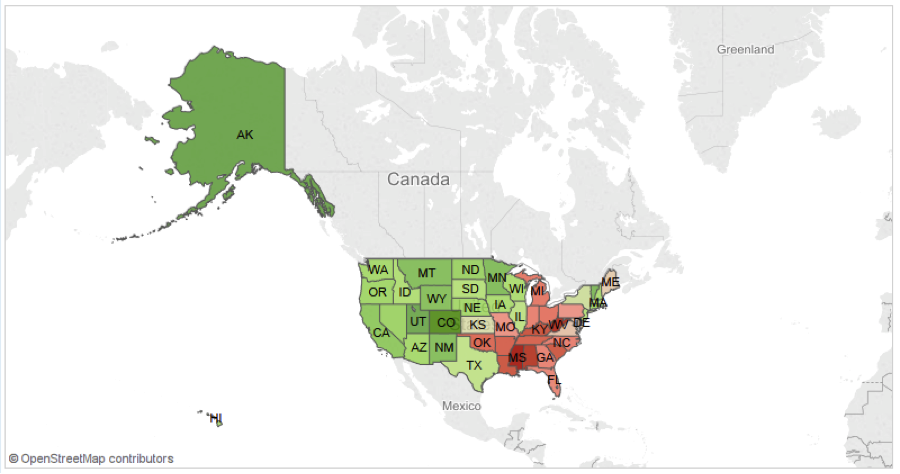 In this demonstration article, we explore the poverty rate with respect to different population groups, as well as the obesity and diabetes rates for different states.

This article is based on a course project in Industrial Data Analytics offered by Prof. Kaibo Liu in University of Wisconsin-Madison in Spring 2015. I would like to thank Prof. Liu for his instruction and also thank my teammate Li Xie and Sowmya Shankar for their initial work.