Data visualization is a useful tool to analyze exploratory data and display the results. This article attempts to explain a few data visualization exercises which aim to analyze a composite dataset consisting of 911-phone records as well as the subsequent police report filings.

The dataset consists of the following variables derived from the website of UW Madison Police Department:
Incident number (a unique id), incident date, incident time, location, zip codes, significance, incident description, and incident type. The dataset includes data from the years 2012-2015.
The original dataset is well ordered and nominal in most attributes. Instances are extensive but well maintained with no missing values.
One challenge was converting zip code data into latitude and longitude for plotting, which was mitigated using Tableau 9.2. 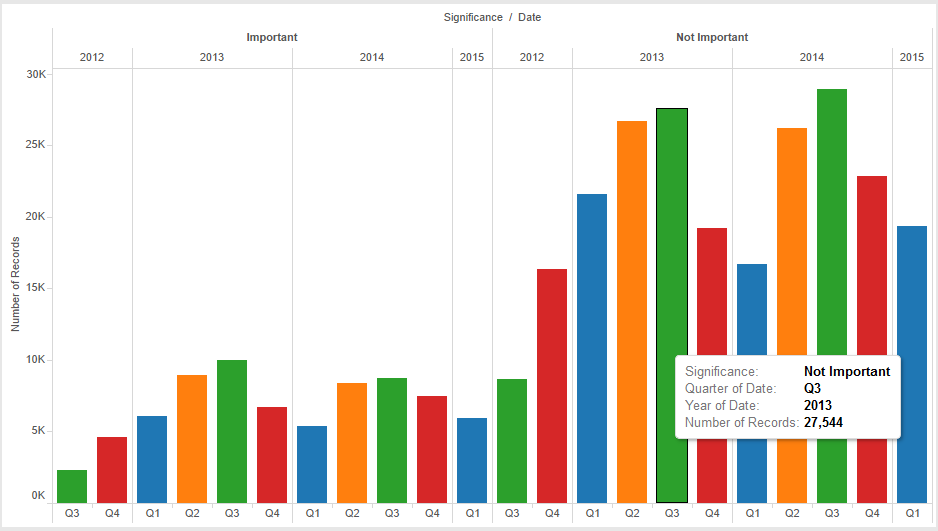 The proportion of different crime types of Madison is displayed in Graph 2. Petty theft happened to be the major crime and none of the top 10 crimes were of violent nature, which reaffirms Madison as one of the safest cities in USA. 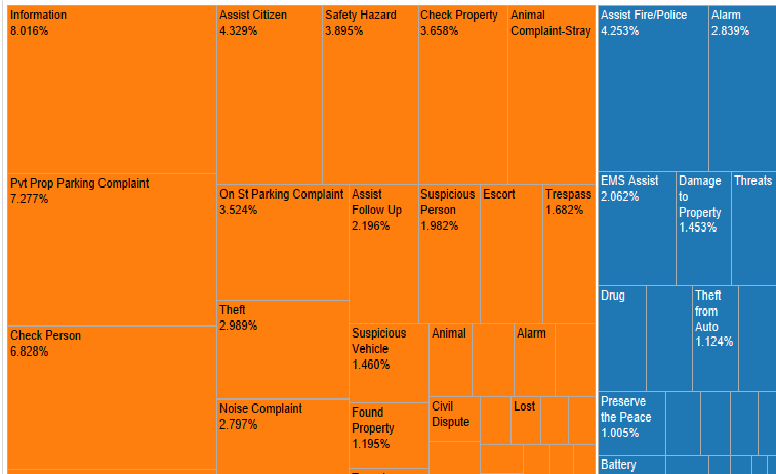 People called 911 for different reasons which are summarized in Graph 3. The most pressing reasons included fire alarms and information in the important and non-important category respectively.

With Madison being famous for its drinking culture, I wanted to see when people got into trouble for drunk driving. It is not surprising that the majority of cases happened around midnight but I was surprised to see that people were drunk driving between 5-7 PM as shown in Graph 4.

Based on zip codes, the crime density for different areas of Madison is displayed in Graph 5. The darkest shade of green is the most crime prone area while the lighter shades denote low crime density. Historically, the area around the east towne mall happens to be the most crime prone. The university area is relatively safe and crime dovetails as we move out of Madison perhaps due to the low population. 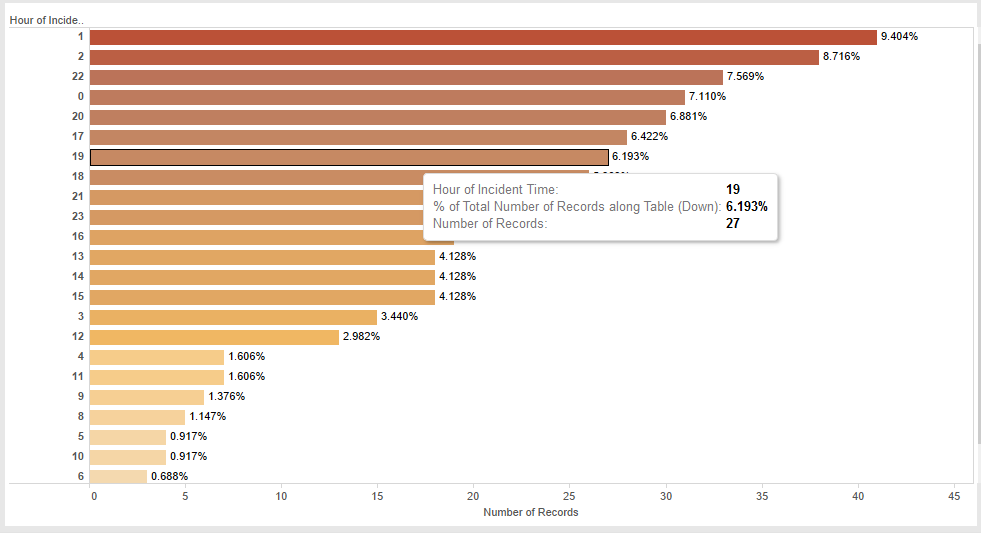 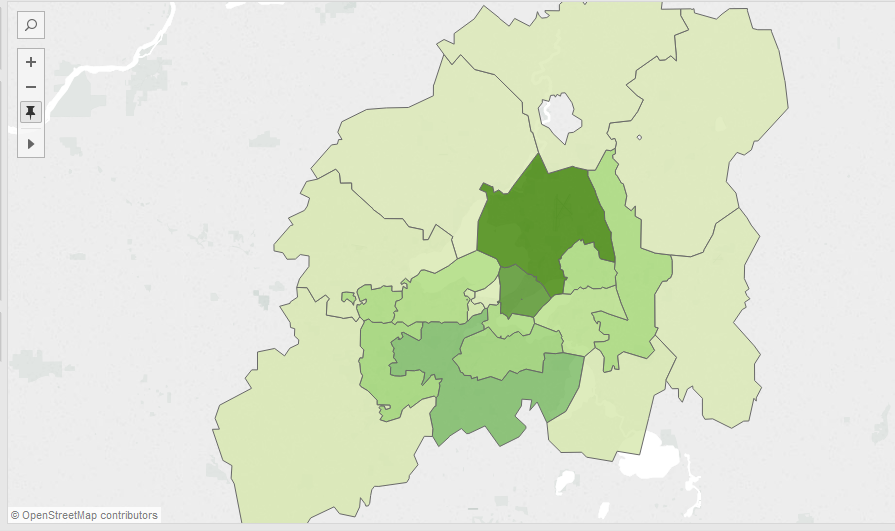 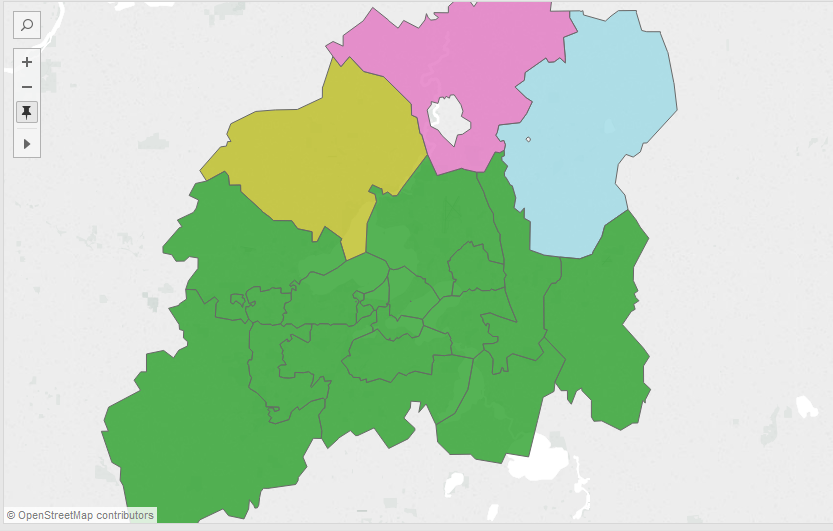 The major crime in each zone is shown in Graph 6. Weapons violations come out on top and not surprisingly because the university area is a no carry zone. The Beltline area has high amount of traffic violations as one of the traffic heavy areas of Madison.

In this article, data visualization techniques are employed to analyze 911-phone records. Further work can be performed like checking the correlation between cases in the police report and 911 calls made and deriving insights. Statistically analyzing (clustering) the data can also narrow down the crimes to street levels and perhaps help better policing.
This is an attempt to build on work done by Sachin Bhat, Girish Krishnan and Abisheik Mani as part of their course in the spring of 2015. I would like to thank Prof. Kaibo Liu for his support.