When you move into a new city, do you wonder which area is the best for living? In this article, I use data visualization techniques to help a family find the best area to live in Seattle. Although other cities can also be analyzed in a similar way, Seattle is chosen as an example because of ready availability of public datasets.

The dataset is built from multiple sources. These sources are excel sheets containing various bits of data that make up the problem set.

In order to choose the right area to live in, recreation is an important consideration. Recreational facilities in Seattle are plotted on the map with its corresponding geo-location in Graph 1. The results depicts an even distribution of recreation areas on the map except the bay area, which has a much higher density of recreation facilities. 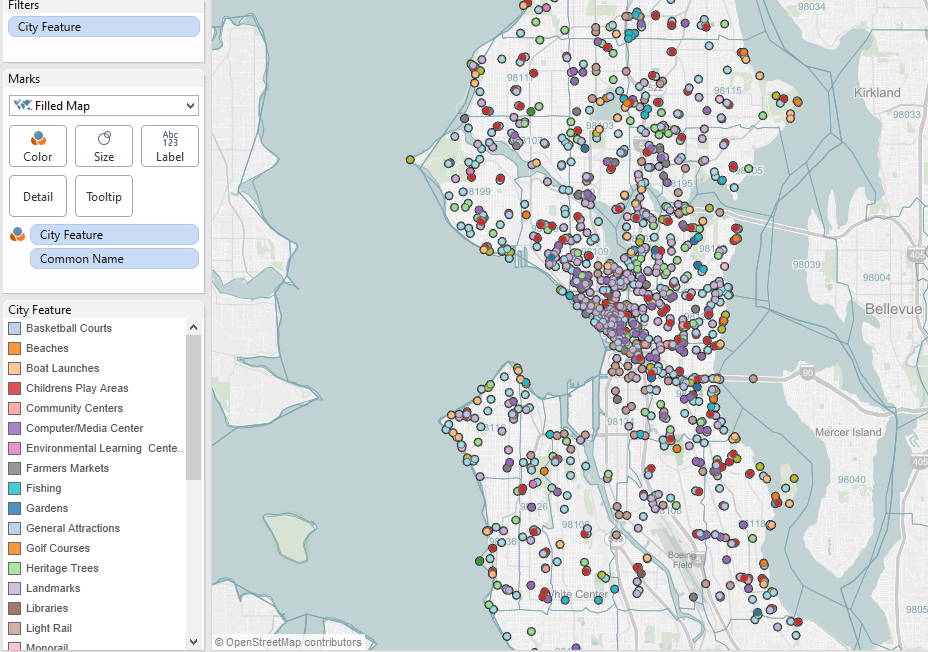 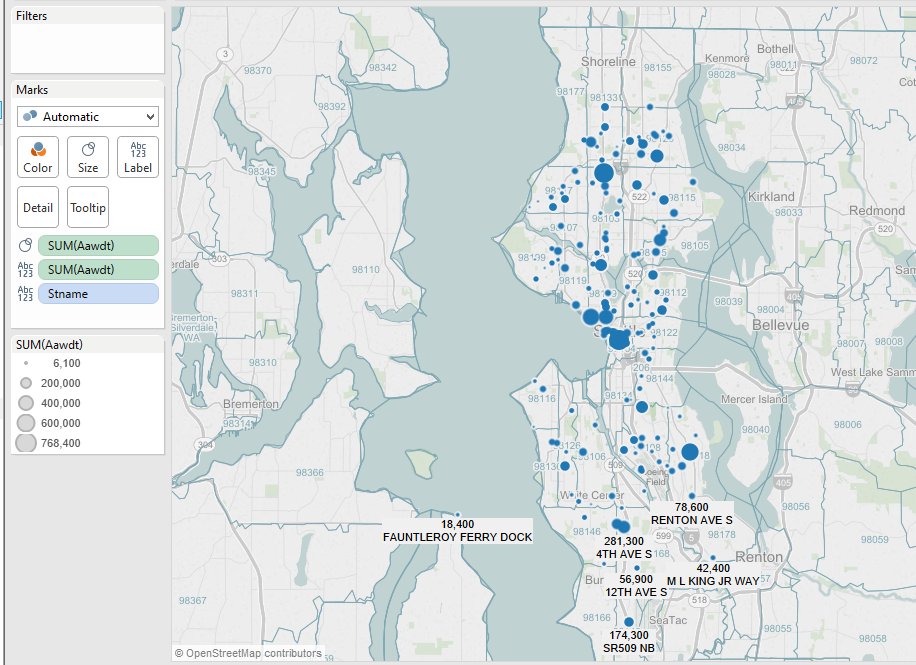 Crime plays an important role in selecting areas to reside. Data for certain crimes are chosen and plotted on the map as shown in Graph 3. Different colors are used for different districts, and the size of circles represents the number of crime recordings. High crime rate counts negatively towards consideration of possible areas of residence. 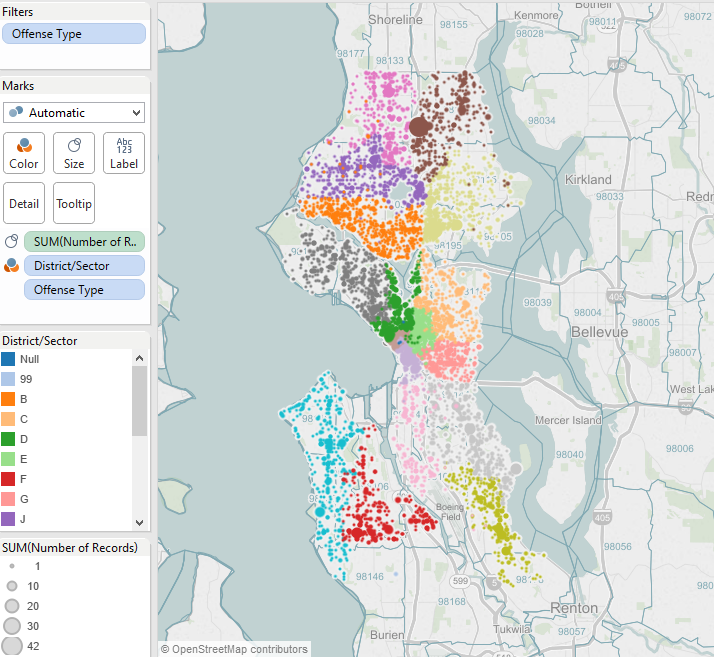 New housing permits are hard to obtain in big cities and budget housing is a huge problem. I tried to see if permits were issued for construction and found that most of them were for houses between 250,000 to 500,000$ as shown in Graph4. 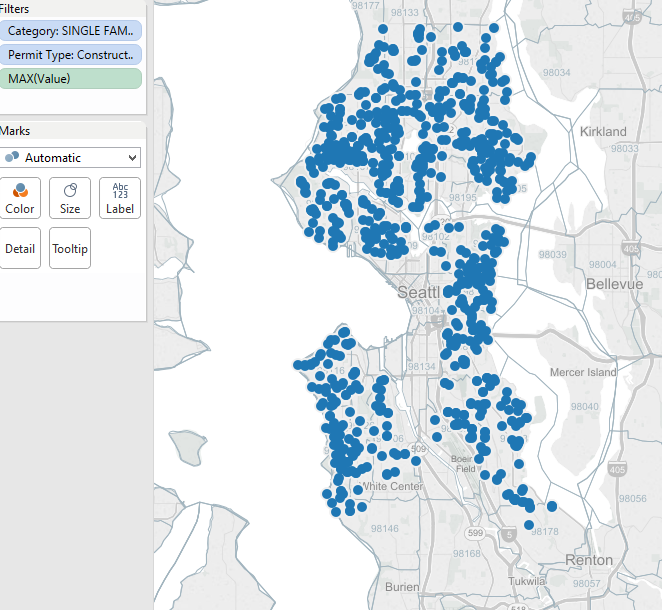 Educational institutions are found all over the city of Seattle as shown in the Graph 5. Thus this does not play a major role in choosing areas for living. 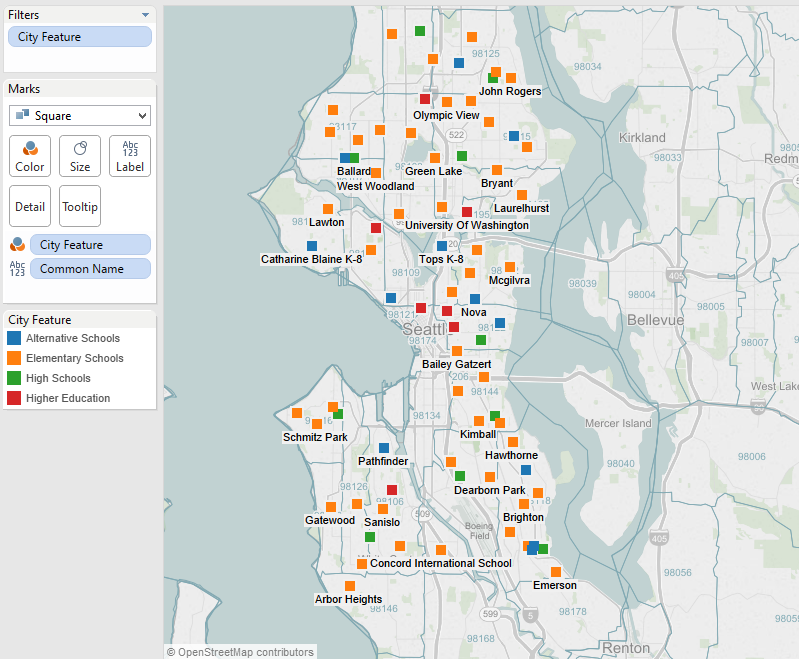 Places are also checked for connectivity and the major route for travel is shown in Graph 6. Living somewhere close to these lines of transportation is the best way to commute through the city. 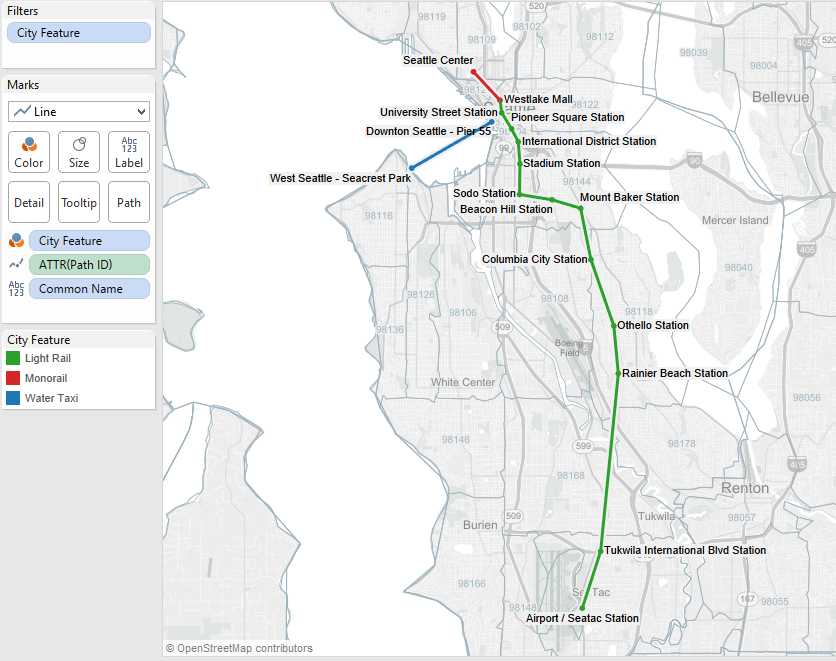 Considering all the factors mentioned above, I found a place to live in as shown in the map below. This area had fairly good transportation facilities, housing and education facilities and had little crime.